- Playing with a controller is highly recommended! -

It's winter in Catvillage. Every year, Binky and his brother Cubey go hunting to stock up on food for the villagers. They celebrate the end of the year by having a big feast. But this year, someone stole their food supply!

It's up to Binky and Cubey to find out who stole their food and hunt for more food on their way.

I made this shareware title to celebrate Christmas!

- Grooovy soundtrack (made with synthesizers from the early to mid-90s)

Down Key - Grab snow from the ground

Xbox Joystick Controls (cannot be changed at the moment):

To disable or enable joystick controls, press F3. If you don't have an X-Box controller, use a program such as joy2key. This setting saves with the keyboard input prompt.

Lag issue: If the game starts lagging, try switching to windowed mode or fullscreen mode and back

To Maaike Moens, for composing the music for the level 'The Lake'

To Pieter van Vleuten, for performing the guitar solo on the music for the level 'Cat Village'

To Manuel Trabucco for playing the sax

Backgrounds were made using ArtBreeder

This game is completely free! You're welcome to share it, but you're not allowed to sell it for money.

If you like this game, consider donating a dollar :)

-Made the walljumping easier for keyboard users, now it's not required to hold the direction of the wall

Yes! You did it, congratulations!

I had a lot of fun yesterday checking out your game! Thank you Lorenzo!

That stream made my day!

Very good game...Good graphics and sound. Wall jumping was a little difficult for me...character seemed to slide down a little too fast...but I was able to get past it with a lot of tries.

Yeah. I felt the wall jumping could have some improvement a bit, The Flood was giving me issues because of it and i felt the flood gets a bit too fast making it a endurance round.

Thanks a lot! Yes, the walljumping takes some getting used to. Are you using a controller?

No...Keyboard...but I'll try to see if a controller is easier...

I switched over to a controller and that seemed to handle much better! The water rising level had me in a bind until I did that haha

I admit, i don't have a controller for it.

I doubt my ps4 one would worked in this case.

Maybe try disabling the built-in controller support by pressing F3 and then using a program like Joy2Key to bind the keypresses to the buttons of your PS4 controller.

This was a very fun game to play through,  if you like hard and yet fun platformers it definitely for you.

My friend really work hard on this one, he also did the music in this too. Which sounds very good too.

Thanks Mikan, I'm glad you like it! Merry Christmas

This game was a friggen delight and dont think i am done with this game just because i did a few levels =P i moved on because i did this in a 3 games 1 video thing and plan on coming back to it and finishing the game, was adorable and such a delight! loved the controls, the art style, the feel everything! Keep up the amazing work and will also post the rest of my gameplay once I have done it (will be very soon). Left a follow and look forward to more! your game starts around 8:16 in the video!

Thank you very much Grimbag! I really appreciate it :) 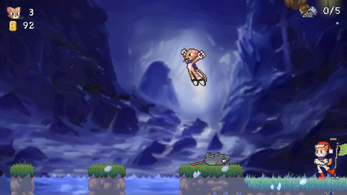 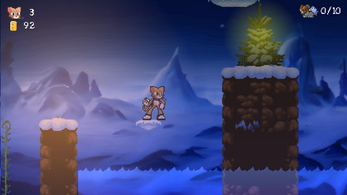 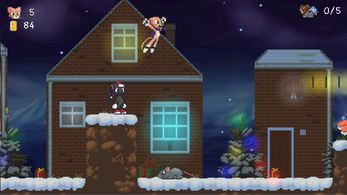 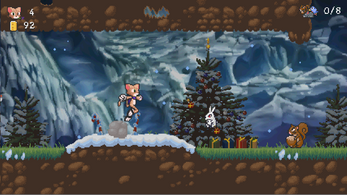 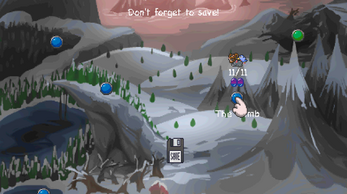